A brief history of the Society, written in early 2006 for the Cumbria Federation of Local History Societies Bulletin, written by Pat Garside

Bampton and District Local History Society is a child of the millennium. As part of the village's celebrations, a group worked together to write a history of Bampton. The prize-winning Ploughing in Latin gave us the momentum to form our Society. Conviviality has been a mark of our existence so it is fitting that the inaugural meeting of BDLHS took place over a generous meal. 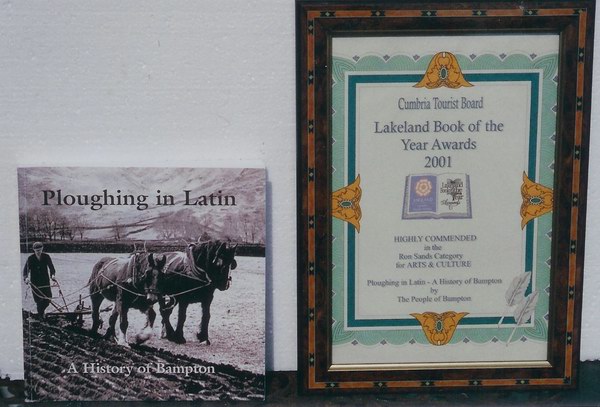 We have taken the view that the Society's programme of meetings should be primarily focussed on specifically local subjects, with an emphasis on seeking out Bampton's history 'on the ground'. At least one of our five meetings each year has involved a guided walk and three of the most successful have involved explorations of local seventeenth century farmhouses and the changing course of the River Lowther. This part of the Lake District is relatively unexplored by historians, but there is great pride here in the environment and in the quality of local building and craftsmanship. Consequently, we have experienced a real sense of pioneering discovery. The area is an intricate mix of field, fell, water and scattered hamlets and farms. Its population is currently around 260 and its predominant activity remains hill farming. The membership of the Society is 60, and is drawn from all sections of village life. Its wide appeal seems to us to reflect our local focus and our mix of direct exploration and sociability.

Over the past two years, we have also been involved in several major projects. The first was concerned with the Tithe Map of Bampton, drawn up in 1837 to provide the basis for converting the old tithes into a money tax. The accompanying Tithe Schedule provides us with our first comprehensive listing of property in Bampton Parish, together with field names, field sizes, owners and occupiers. Its value is immense - it has been said that without the Tithe Map, no real local history can begin. Using an Awards for All grant, we had a copy of the enormous Tithe Map made and mounted it in Bampton's Memorial Hall. Though not easy to read because it has faded a good deal, it is still an impressive piece of draughtsmanship - even if we might wish that the surveyors had followed the convention of having the north aspect at the top rather than the bottom of the map! The Tithe Map Schedule is immensely detailed and we have transcribed it all so that it can now be read easily - what's more all the information has been put on a searchable database so that people can easily trace any particular field or type of field, as well as every owner or farmer. The database will be of great value to us both directly and indirectly. It gives us the earliest, most complete picture of Bampton - since Westmoreland was not part of William the Conqueror's kingdom, we were missed out of his Domesday Book. In the coming months, the Tithe Schedule will also be used for database training in the village to share and reinforce the skills we have learned. 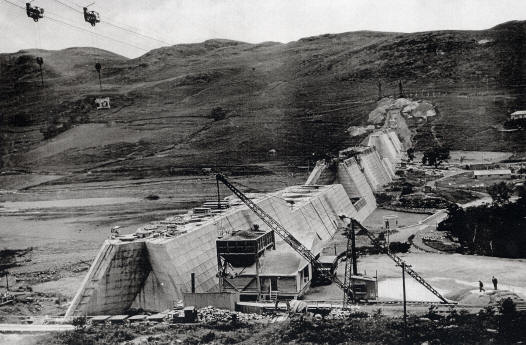 The other major project has been a study of Burnbanks - a model village of demountable cast iron houses and community buildings built by Manchester Corporation to accommodate their workforce on the Haweswater Dam and Reservoir. We received Local Heritage Initiative funding over two years to conduct oral history, prepare exhibitions and produce a historical drama. Since its construction in the late 1920s and early 1930s, Burnbanks has been immensely significant for life in Bampton. Many of our members have lived, worked and shared in the facilities there. Its initial impact must have been remarkable. Between 1921 and 1931, the population of Bampton increased by 150% - all due to the influx at Burnbanks. Bampton School saw an additional intake of hundreds of children, though many families stayed only temporarily. The school buildings were expanded at Manchester's expense while dances and other entertainments attracted many people to Burnbanks. Latterly the village declined to a handful of residents but is now being redeveloped with new bungalows for local people.

We have conducted some 20 interviews with Burnbanks residents past and present, all now transcribed, and we have studied archive material in Kendal, Penrith and Manchester. We have mounted six exhibitions and at present we have the final one on show at Manchester's Central Reference Library. The response in that city has been very good and we are continually getting new leads and contacts. All the information we have gathered is being put into a photo archive, but meanwhile you can get a good idea of what we have found on our website, which includes interviews and transcripts, www.bampton-history.org.uk. 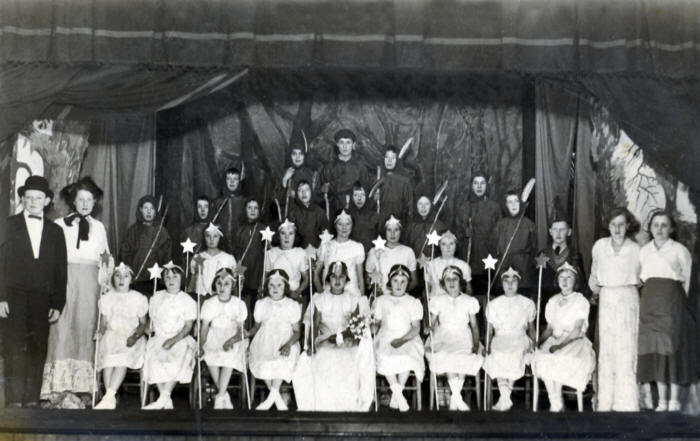 The highlight of our Burnbanks project was undoubtedly the pantomime. A Lad in Burnbanks played to sell out audiences in Bampton Memorial Hall in January 2006. The plot combined the history of Burnbanks with the fairy tale Aladdin and the result was marvellous entertainment. What's more it involved almost 100% community effort, from writing to acting, from backstage to front of house. In the cast of 45, the youngest star was aged 5 and the oldest, many decades more! Burnbanks weathered plagues of biting eels, boils and relentless rain while the cast fought manfully against flu and laryngitis. But the show went on with plenty of specially written songs and energetic audience participation. All was resolved as David and Victoria Beckham look-alikes declared the new village open and the name of their next child 'Burnbanks'! We were very pleased that our Burnbanks project made possible the revival of Bampton's long tradition of pantos and shows and this important aspect of village life looks set now to continue. The lesson seems to be to find out what people like to do, give people a chance to show their many different skills, harness them to local history and make sure everyone enjoys the result. We are clearly fortunate that Bampton people are prepared to give so much of their time and energy to our local performance. The results are there for all to see in the DVD of A Lad in Burnbanks price £5 from Bampton Post Office.

We have tried to be an open and inclusive organisation, with good democratic rules. In the beginning, the Cumbria Federation gave us very helpful guidance in framing our constitution. Now we are launched, we have begun to put into practice the rule that committee members serve for 3 years and then retire. In this way we hope to keep the Society fresh and its base broad. As you can see, we remain optimistic! 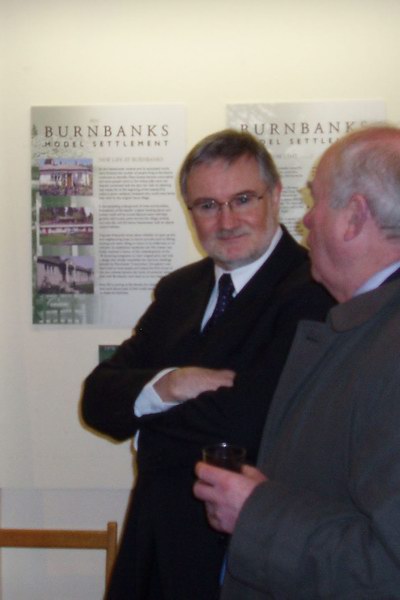